Getting Out of the Way So Countries Can Lead: Takeaways from facilitating the Sierra Leone HIS Interoperability Workshop in Freetown

Arriving at Lungi International Airport in Sierra Leone is an adventure.  After clearing immigration and collecting your bags, you must take a sea taxi to cross the Sierra Leone River to get to Freetown. In early August, we took this route along with a number of experts in health information systems (HIS) to facilitate the first ever Sierra Leone HIS Interoperability Workshop held August 2 – 4, 2016.

Our plan for the workshop was to highlight the importance of HIS interoperability, the process to achieving robust interoperable systems, and foster conversations about the commitment needed to realize improved HIS. As Sierra Leone is rebuilding its health system after the devastating West Africa Ebola outbreak, conversations such as how to improve data availability, surveillance, and system operation are critically important.

We were excited to see what would emerge from the event including the discussions with the Ministry of Health and Sanitation (MOHS) and what steps might be paved for improving the country’s HIS. What materialized was a strong consensus statement from the MOHS, the Bintumani Declaration, which featured a collective HIS vision including required governance mechanisms to strengthen and expand the country’s HIS.  But, how did we get there? 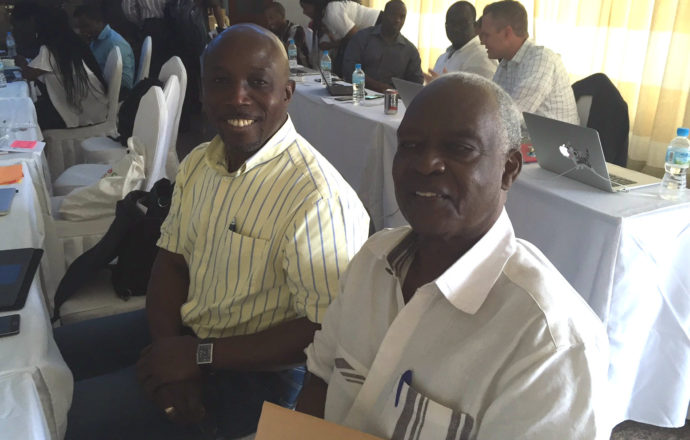 Critical factors for success
The workshop was hosted by MOHS, the World Health Organization (WHO), and IntraHealth, and included a carefully selected group of experts from around the world to join in and facilitate the conversation. Collectively, we sought to promote a common understanding of the existing landscape of HIS in Sierra Leone; encourage a dialogue among relevant stakeholders; and envision interoperability across different information systems. We all acknowledged that these were lofty goals, hinging on the right people participating in the right conversations.

There were several enabling factors that contributed to the workshop’s success and the resulting Bintumani Declaration. First, this was a ministry-centric event, meaning the MOHS was at the forefront of the meeting and the leader throughout. While it was important to bring forward and share our collective global expertise, we knew we had to get out of the way so the MOHS could encourage country leadership during (and after) the workshop.

A second factor of success was fostering the right conversations. While technology is indeed a central component to HIS, it is the people and the processes that lead to HIS successes. We’ve learned that tackling interoperability starts with a conversation to better understand people and their goals for their health information systems.  The technology only enhances what people want and this is where we started in Sierra Leone. The workshop conversations explored the challenges Ministry stakeholders faced, how they used data and the gaps in their current systems. All participants were aware that weak HIS and associated lack of data exacerbated the Ebola outbreak and the government’s ability to respond quickly.

The third component was the inclusion of a strong south-to-south experience sharing. Liberia, Nigeria, and Kenya are all countries with their own salient experiences and lessons learned in strengthening HIS. Representatives from each country participated in the workshop. While experts from the United States and Europe can describe how interoperability has been implemented there, hearing about the progress made “next door” is significantly more relevant. Understanding the lessons from the perspective of stakeholders who operate in a similar context as you can only strengthen a country at the initial stages of the process. Disclosing the patterns and best practices of one health domain can be leveraged for another and the peer connections made during the workshop will continue.

Visioning and planning
Over the course of the three days, a vision began to emerge for what Sierra Leone’s HIS could and should look like to foster a robust health system in the future. The MOHS began to outline the specific activities in a roadmap to achieve their vision.  Each health domain was challenged to map activities along a five year timeline, uncovering prerequisites, and pacing the advance of interoperability based on available and planned resources.  This exercise stimulated further conversations about prioritizing next steps.

The Bintumani Declaration was an articulation of the vision. Led by the Directorate of Policy, Planning and Information (DPPI), this Declaration was drafted during the third day of the workshop with everyone in the room providing input into the pledge which included a call for a unified architecture for HIS, consensus to improve the availability, appropriate access and use of health information, improve the access and use of health information technology, and a commitment to strengthening the existing governance structure for HIS. The DPPI confirmed its leadership and role in championing these efforts. 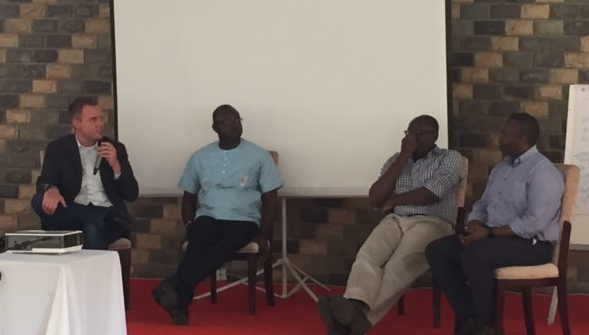 What’s next?
We all know what comes next is the real story. We observed a keen awareness of the issues at hand among the participants and a strong commitment, especially by the DPPI, to take steps to improving HIS in Sierra Leone.  Yet it is up to those in country, especially the champions in the MOHS, to sustain this momentum and carry forward the Bintumani Declaration.  Momentum begins with the first few steps, small decisions and actions that will build on one another to accelerate improvements to the HIS in Sierra Leone.

Immediately following the workshop, the DPPI began taking some of those steps. They sought to begin work to finalize a Master Facility Registry of all health facilities in the country so that all health information systems would be using the same facility information.

In early October, a multi-stakeholder collaborative meeting will take place in Freetown. The goal of the meeting is to work with the Government of Sierra Leone to define and document Sierra Leone’s requirements for its community health worker and digital health efforts.  The meeting, which will include government stakeholders, donors, local and

international NGO partners, and the private sector, is the next catalyst event featuring digital health in Sierra Leone. We look forward to seeing outcomes of this meeting and continuing to see the MOHS embrace its vision as outlined in the Bintumani Declaration.

This post was originally published in the BID Initiative Blog.