Scaling Up: My mHero Journey in Monrovia, Liberia 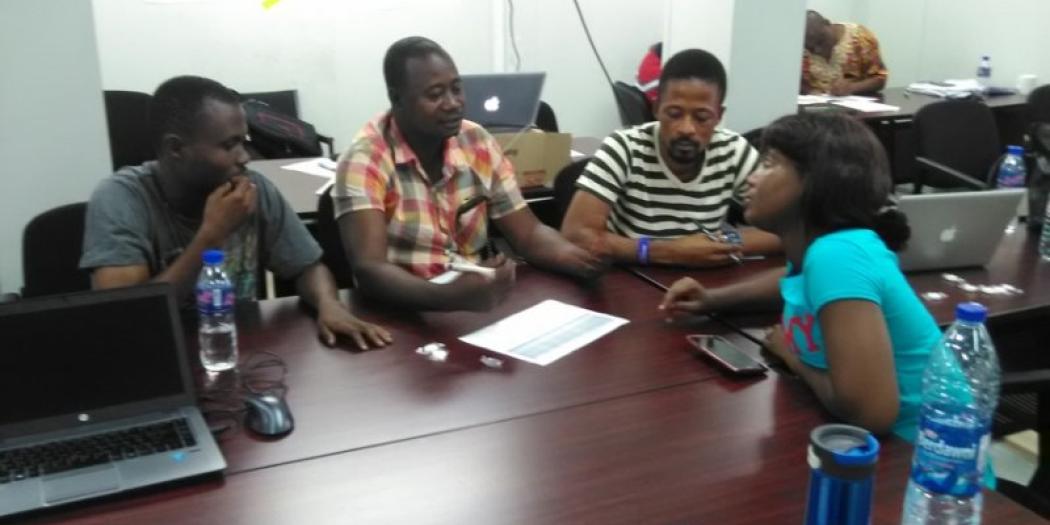 In November 2016, K4Health began working alongside the Ministry of Health in Liberia to support mHero, a two-way SMS system that allows Ministries of Health and frontline health workers to connect. Building on the work supported by USAID through the Ebola Grand Challenge and previous activities supported by K4Health, this one-year activity seeks to work alongside UNICEF and local partners, supporting the Liberia Ministry of Health to continue to scale mHero. I was asked to join the IntraHealth team working on this exciting new K4Health project and support an mHero Roadmap Workshop in early November.

I am from Nigeria, and as this was my first trip to Liberia, I was really excited about it. One question that kept repeating itself: What would the country look like? Would they have a functioning health system? How will the K4Health partnership continue to scale mHero? How has mHero strengthened the Liberian health system already?

During the West Africa Ebola outbreak, the Liberian health system lacked a functioning process to support health officials with the information they needed to make timely decisions. mHero was developed to provide this information; since the very first pilot in November 2014, the Ministry of Health has continued to use mHero to connect with health workers. By August 2016, an estimated 8,096 health workers had been engaged through mHero. Now, as they continue to scale, the Ministry and other partners are looking into innovative ways to scale mHero, including expanding engagement and feedback with health workers and decentralization of the platform. These are some of the things we were looking to discuss during the Roadmap Workshop.

On our arrival in Monrovia, the people were very warm and friendly. They could tell it was my first trip to the country and were eager to help me get settled in. I took a cab to the Grand Royal Hotel, which is located in a district called Sinkor (quite a distance from the airport). There I met my IntraHealth colleague, Emily Nicholson, who has been working with the Ministry of Health for over a year to support mHero. We were excited to partner with the Ministry of Health and support the workshop.

In preparing for the workshop, Emily and I worked with stakeholders to build off of mHero user-centered design work supported by K4Health and USAID this past summer. Through engagement with Dalberg’s Design Impact Group (DIG), 15 strategic areas for improving and scaling up mHero in Liberia were developed. These 15 priorities were reviewed and realigned into five strategic priorities during the mHero Roadmap Workshop:

highlights from Day One of the workshop were demonstrations of mHero’s practicality and integration with other health information sub-systems in the Liberian health sector. Speakers from the Ministry of Health and an implementing partner shared their experiences using mHero. By the end of Day Two, key issues surrounding decentralizing mHero from the central to county levels, increasing mHero engagement amongst the ministry and frontline health workers, how to make mHero a shared service in the Ministry, and creating or using feedback loops had all been discussed. The last day of the workshop was a Saturday, yet the workshop participants were not discouraged. They arrived at the venue on time, in high spirits and with motivation levels through the roof. Work continued in smaller, more focused groups. Each group worked on an assigned priority area and developed a series of activities needed to achieve it.

By the end of the mHero Roadmap development workshop, the first draft of consolidated and validated activities was ready. In collaboration with the Liberian Ministry of Health, USAID, UNICEF, and other local partners, the K4Health-IntraHealth team is currently working with partners to finalize implementation and costing plans for the various activities in the five-year mHero Roadmap document.

My trip to Liberia to support the K4Health partnership to scale up mHero was exciting and fulfilling. I look forward to working with K4Health and the MOH on the next steps.

This originally appeared in at the K4Health Blog.